It was after eight o’clock last night when we went for a final stroll on that miracle of nature called Baylys Beach, in time to watch the brilliant red ball slowly appear from below the lavender/gray clouds and slowly sink into the empty waters of the Tasman Sea. During this event we walked between the gently breaking surf and the steep banks of sandstone at the bottom, a thick layer of black, carbonaceous matter that was wood just as it was turning into coal, and a topping of more sandstone carved into fanciful shapes that resembled fairy tale castles by the constant wind and seasonal rain. 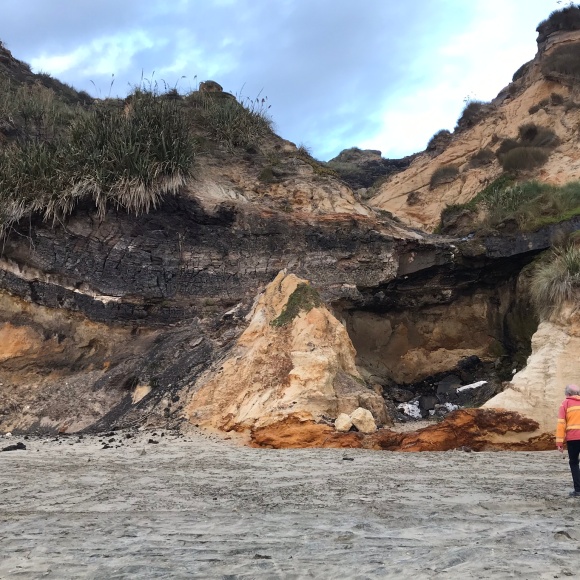 The moisture was slowly leeching some of the black material while the wind mixed it with the brown sand and then spread it all on the beach in patterns that changed daily. No artist could have imagined the hatches and crosshatches that were formed on the slight undulating ripples of the beach. 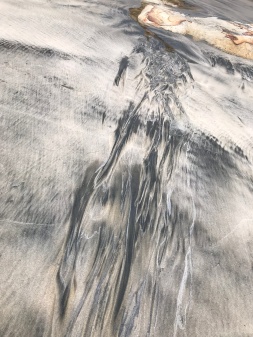 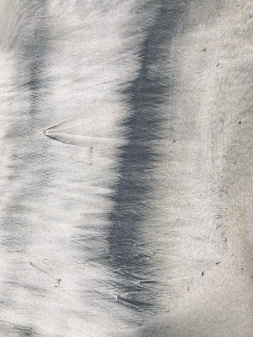 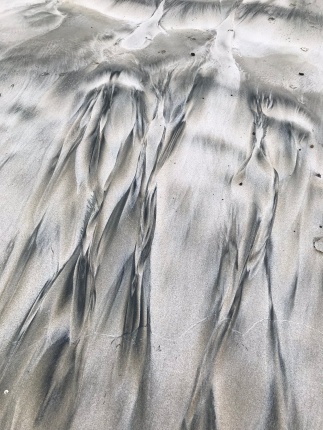 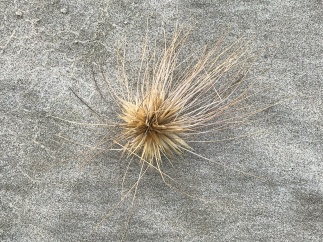 Sheila had mentioned that sunset was to be at eight thirty, and the sun was beginning to disappear, right on time. That boiling, red hot copper was spreading its last light across the tops of the waves as the breaking surf became lavender and the wet sand blushed a ravishing pink. The gulls, dressed in formal, black dinner jackets, strutted back and forth, like rich old men in the fading light. Evening fog softened the glare of headlights as darkness slowly settled in. 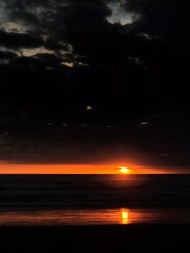 A bit of sun was still reflected in on the clouds and the light was filtered through Sheila’s hair. This last light of day, on this beach, this evening was important. This scene would last in our minds. This was a forever moment, and we would not return.