Oregon has been in the marijuana business for two or three years now, longer if you count the period when cannabis could be purchased for medical (wink, wink, nudge, nudge*) use only. It took awhile for the state to figure out how to best make sure that the pot for recreational use was going to be reasonably pure and safe for general consumption and, of course tax the shit out of the product. Oregon also tried to make it difficult for out-of-state investors to take over the market. Keep it local, so to speak.

By the time the tangles were all combed out and the farmers licensed, the entrepreneurs were ready. In Portland there seemed to be a Pot shop every few blocks, and the dispensaries soon outnumbered the Starbucks coffee shops. Business was brisk.

Green Oasis is a cannabis vender that got into the legal side of the trade early and opened a shop in Sellwood, a southeastern part of Portland, close to where we used to live (not that I ever patronized the place of course). It has a very good reputation and is a part of the business community. The Green Oasis keeps a low profile and does little to call attention to itself. The shop looks like a quiet little house on a corner that really fits into a residential setting. About the only difference from the houses around it is a small electric sign in what would be a kitchen window that says, “open.”

Many, if not most, marijuana dispensaries in Portland go to great measures to pull users inside their doors with names like Hemp Dreams, Happy Smoke or Dopy’s Dope and have ads in all the local weekly, hip newspapers. The Green Oasis is just a hushed little place that serves the neighborhood and also has a strong reputation that gathers word-of-mouth customers.

So it was last month that, after a Happy Hour with friends who live in our old neighborhood, we decided to visit Green Oasis. Our friends, who shall remain nameless, wanted to pick up some supplies and we would meet them at the shop after leaving our car at our B&B that is also in Sellwood. The Namelesses had already made their purchases by the time we arrived and had moved on to an open air food cart pod near the dispensary. But we still wanted to check out the goods in the Green Oasis. Sheila wanted something to rub on some sore joints and I was, well, interested in some other products.

Pot shops are quite strict about who comes inside the store for a couple of reasons. One is related to terms of licensing in that they are required to get identification from anyone who wishes to enter. Shoppers must be at least 21 and show proof with picture ID. The other reason is that the cannabis dealers can’t take credit or debit cards as banks or credit unions are unable to support the marijuana industry because the federal government still classifies cannabis as a dangerous and illegal drug. Therefore, the shops have to deal in cash and, of course, cash is quite attractive to criminals. The security at the door, in addition to keeping kids out, also is a precaution against robbery.

As we walked toward the Green Oasis we barely noticed a man who looked a bit confused, a little shabbily dressed but not quite hoboish or homeless sitting on a bench next to the store. Later, the Namelesses would confirm that they’d also seen him and heard him muttering to himself. But, he seemed harmless enough and appeared to be in no danger to himself. We passed him by and entered the shop.

After a woman behind thick, probably bulletproof, glass examined our identification, she unlocked the door and let us inside. The interior of the building smelled almost like incense that was heavily dosed with hemp. There was no smoke or haze, but the air seemed thick, dense, almost liquid. It was rather pleasant once one was acclimated. 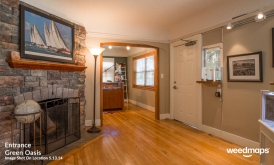 The feeling inside such an establishment was a bit strange and even anticlimactic for one who had to purchase a lid of grass from weird people who definitely had some connection to shady operators and smugglers. There was the thrill of underground dealings that were illegal and at the same time it felt.   like being in a special culture. And, there was usually an opportunity to get something to clean your brain out like acid, speed or mushrooms. But, in a modern dispensary everything is right out in the open and is not that different from a pharmacy except a drug store doesn’t have all its pills, tinctures, tablets, ointments, salves and lotions on display. It is also like a cigar store or even a wine shop. 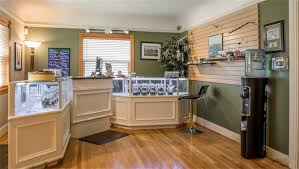 The clerk seemed quite knowledgeable while she explained about the indica and sativa content of cannabis. There are a lot of other active and inactive parts of weed that she listed, but it was hard to keep up with the information.

As we were learning about this new pharmacology, two men showed up and wanted to enter the store. One, a young man maybe in his late twenties, had slipped his ID under the window and waited while the man behind him started making a commotion. The guy that had been sitting on the bench was loudly complaining about something and seemed to find the young man in front of him at fault.

The first fellow was admitted and the door quickly closed behind him, effectively blocking the other guy. The young man was a bit above average in height and had an athletic build as well as a slight Eastern European accent. He no sooner began examining the products inside the glass showcases than the man outside started cursing and accusing the young man of stealing his identification. He kept up the ruckus until the subject of his wrath gave up and said, “Ok, asshole. Let’s take this outside.”

He quickly strode out the door, grabbed the other guy and hauled him out to the sidewalk and punched him in the face. The other guy retaliated by snapping the young man’s Ray Bans. But then the strange fellow quickly retreated and left the area.

The Eastern European returned to the shop and calmly selected his products, paid for them and walked out with his merchandise.

Throughout all this activity the clerks seemed completely oblivious to what was going on. The woman that we were talking with just mentioned that as long as the two adversaries were settling their differences off the property, they would ignore the tussle. No need to call the police. Don’t need that kind of publicity.

Huh. Marijuana has such a gentle and peaceful reputation.